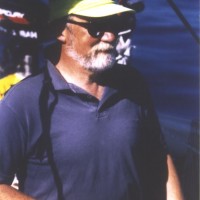 Richard Masson (1943-2013) was born during the Second World War and lived in East London until he joined the Merchant Navy at the age of sixteen. Over a period of twenty years Richard travelled the high seas, qualifying as a ship's officer and once delivering a tug boat from Rotterdam to Bahrain. Although Richard tested out his 'land legs' in a series of jobs - manufacturing everything from cars to furniture - he realised aged forty that he didn't make a very good employee, so started his own successful Telecommunications company. After retiring, Richard split his time between writing full-time, and sailing yachts with his wife exploring the Atlantic and Mediterranean seas.