It takes courage to choose life.

Adam's been coasting for too long. As the youngest male in a family charged with taking the dead to the afterlife, all eyes are on him to continue the Luman legacy. But Adam has dreams of his own: a girlfriend who knows nothing of his deep dark secrets, including a gift for seeing death before it happens. These things are increasingly hard to ignore.

The time has come for Adam to face up to the truth and challenge his destiny. When his father allows him one last opportunity to be a regular teenager and travel to Japan on a school trip. Adam could never have imagined that this alone would force his hand. But his terrifying premonition of a devastating tsunami due to hit Japan means he has to act fast and stop it before it happens.

There's no going back now: if he saves thousands from a terrible fate, he must also risk the wrath of all Lumen… Is he man enough to take it on? 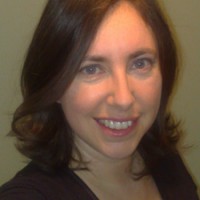 Debbie (DJ) McCune was born in Belfast and grew up in Carrickfergus, a seaside town just north of the city. As a child she liked making up stories and even wrote some down, including a thriller about a stolen wallaby. At school she hated doing homework, except writing stories for English - which were long enough to make her teachers weep.

Debbie read Theology at Trinity College, Cambridge but mostly just read lots of books. She has enjoyed a varied career, but she is currently Head of Religious Studies in an Integrated Secondary School. She lives in Northern Ireland with her husband, daughter - and two cats with seven legs between them. To learn more about Debbie and the DEATH & CO. series, visit Debbie's Facebook page (djmccuneauthor) or follow her on Twitter: @debbiemccune