Jepp, Who Defied the Stars

A thrilling historical epic with an unlikely teenage hero

Who says fate is written in the stars?

Set in sixteenth-century Europe, JEPP is the thrilling, romantic and in turns heart-warming and poignant story of a teenage dwarf limited not only by his height but by his destiny. Although he appears to be bound for a lowly life as a court dwarf, Jepp has ambition, and he dreams of becoming a scientist and marrying the woman he loves.

This highly original and unforgettable story is based on a real historical figure, and Jepp's story includes violence, love, astrology, astronomy, and even a beer-drinking moose. A Philippa Gregory for teens, JEPP is ideal for fans of adventurous, thought-provoking historical romance. 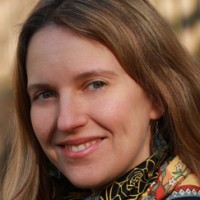 An only child, Katherine Marsh spent a lot of her youth reading, trading stories with her grandmother who had run a bar in New York, and listening to her mother's frequent astrological predictions. After surviving high school and graduating from Yale, Katherine spent a decade as a magazine journalist, including as a reporter for Rolling Stone and an editor at The New Republic. Her first book, The Night Tourist, won an Edgar Allen Poe Award for mystery writing, and was followed by the sequel The Twilight Prisoner. Katherine lives in Washington D.C. with her husband and two children.