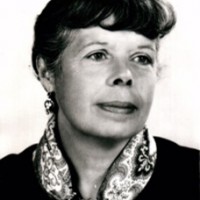 Joan G. Robinson (1910-88) was the second of four children to barrister parents. She trained as an illustrator and in 1939 began writing and illustrating stories for the very young. She published over thirty books in her lifetime for three different age groups. In 1953 the first of her enduringly popular TEDDY ROBINSON series about her daughter Deborah and her teddy was published, followed by the MARY-MARY series, about the youngest of five children. In 1967 WHEN MARNIE WAS THERE was shortlisted for the Carnegie Medal. It was the first of five novels for older children.