Gregg Olsen
"A twisted murder, a tangle of lies... Now Rylee must run for her life"

A twisted murder, a tangle of lies… Now Rylee must run for her life

What if you discovered that everything you thought you knew about yourself was a lie?

Rylee is fifteen. She comes home from school one afternoon to find the most shocking thing possible – her father dead, with a knife through his heart, and a key clutched in his hand. Her mother's purse is on the counter, but she appears to be long gone. A message in blood is written on the floor… RUN.

With her brother in tow, Rylee begins a dark journey, one that will uncover horrific and chilling crimes and lead her to an unexpected and gruesome discovery about her real father and what – or who – is behind his insatiable desire to kill. By the journey's end Rylee's childhood is a long way behind her…

RUN is the first title in the new Vengeance series, following Rylee as she begins to piece together the story of her life and to avenge unpunished crimes – starting with her own. This is DEXTER with a feisty female protagonist unlike any other in contemporary young adult fiction. 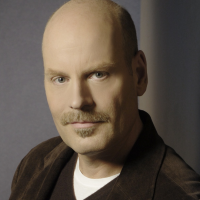 Throughout his career, Gregg Olsen has demonstrated an ability to create a detailed narrative that offers readers fascinating insights into the lives of people caught in extraordinary circumstances. A New York Times and USA Today bestselling author, Gregg has written eight non-fiction books, eight novels, a novella, and contributed a short story to a collection edited by Lee Child. In addition to television and radio appearances, he has been featured in Redbook, USA Today, People, Salon magazine, Seattle Times, Los Angeles Times and the New York Post. His Young Adult novel, ENVY, was the official selection of Washington State for the National Book Festival.

Gregg, a Seattle native, lives in Olalla, Washington with his wife, twin daughters, three chickens, Milo (an obedience school-dropout cocker spaniel) and Suri (a miniature dachshund so spoiled she wears a sweater). RUN was his first novel for Hot Key Books, as well as the start of the Vengeance series. Follow Gregg at www.greggolsen.com or on Twitter: @Gregg_Olsen