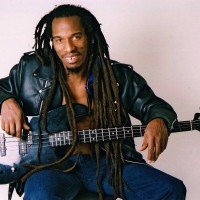 Benjamin Zephaniah was born and raised in Handsworth, Birmingham. By the age of fifteen he had gained a reputation as a young poet who was capable of speaking out on local and international issues. His poetry was strongly influenced by the music and poetry of Jamaica and what he called 'street politics'. He is also a musician and was the first person to record with the Wailers after the death of Bob Marley.

As well as writing poetry, novels, screenplays, and stage plays, he has also written and presented documentaries for television and radio, and he has been awarded thirteen honorary doctorates in recognition of his work. He now lives in Linconshire. To find out more about Benjamin, go to www.benjaminzephaniah.com or follow him on Twitter: @BZephaniah