The Society of Thirteen 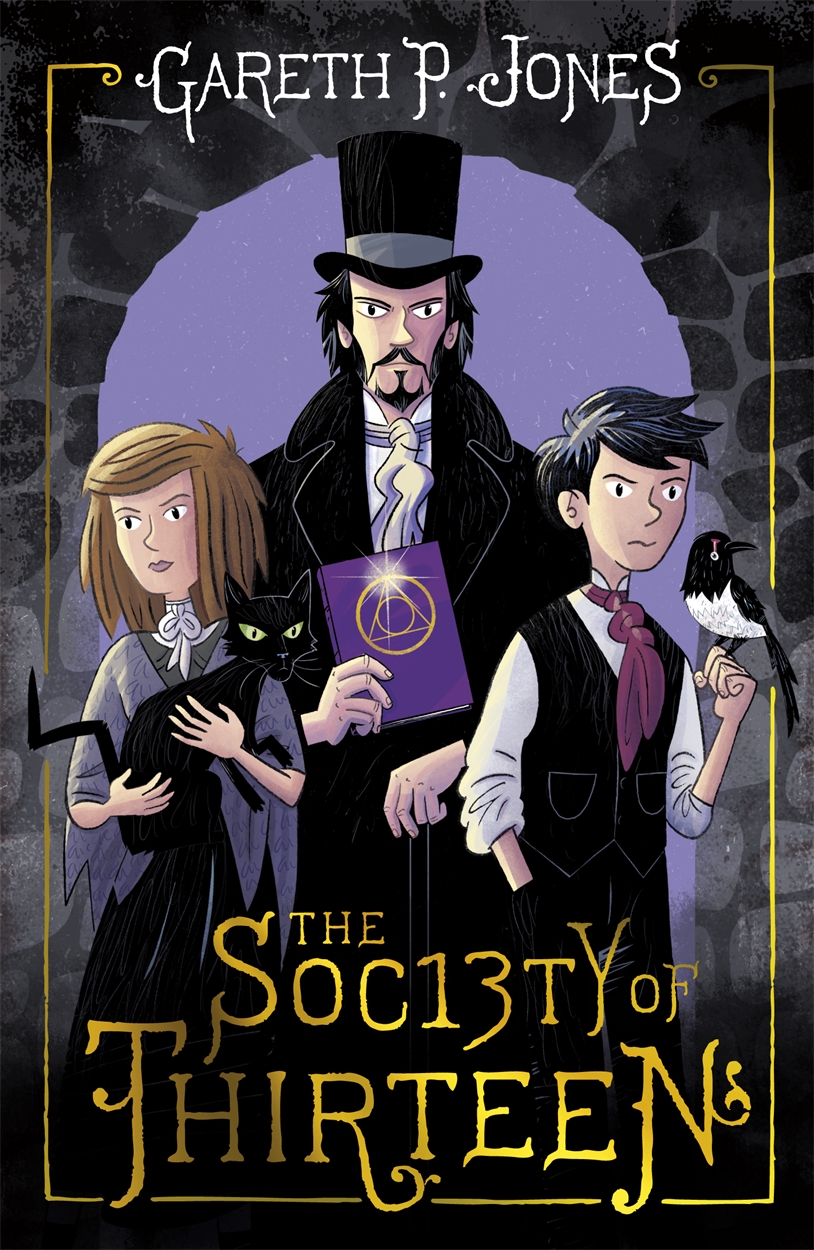 London, 1891. When orphans Esther and Tom are caught stealing by Lord Ringmore, little do they realise the peril they are in. Rather than hand them over to the police, the lord employs the children. But what does he really want with them?

Blackwood is a man obsessed. He has devoted his life to unearthing the roots of magic. Tormented by the thought of death he knows that only real magic can overcome mortality. He has in his possession a book that contains the secret of true magic, but he cannot unlock its meaning alone. Only Tom and Esther can help him unravel its terrible and dangerous secrets…

London, 2013, and a young girl called Amy is about to turn thirteen. She is never happier than in a graveyard where, one day, she notices a gravestone named only ‘Esther’ with a magpie perched above it who speaks to her. He is called Tom!

A spine-chilling tale of magic and illusion, and an induction into the world of sorcery both fair and shady – so beware! 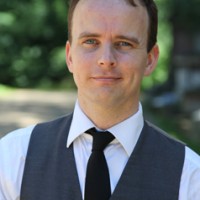 Gareth divides his time between writing books, visiting schools, producing TV programmes and annoying his friends and family by playing the ludicrous number of stringed instruments in his front room. He won the Blue Peter Book of the Year Prize 2012 for THE CONSIDINE CURSE, and THE CASE OF THE MISSING CATS, the first book in The Dragon Detective Agency series, was nominated for the Waterstones Children's Book Prize. THE THORNTHWAITE INHERITANCE won seven children's book awards, and his previous books for Hot Key Books, CONSTABLE & TOOP and THE SOCIETY OF THIRTEEN, were extremely well-received. Follow Gareth at www.garethwrites.co.uk or on Twitter: @jonesgarethp

'And now I, the remarkable Harry Clay, will plunge into the cold waters of the River Thames, subjecting myself to the strong currents that will try to drag me down while I attempt to free myself from these layers of bondage. Due to many years of training I am able to hold my breath for two and a half minutes. That is how long I have to escape. Two and a half minutes. Those of you with pocket watches, I ask that you keep time. If after two and a half minutes I have not surfaced, then you may fear the worst and you can tell everyone that you witnessed the death of Harry Clay.' He paused for dramatic effect. 'Hopefully not though, eh?' The crowd laughed uneasily. They had turned up to be astounded, not to witness an overly complicated suicide. 'Begin timing . . . NOW.' Clay leapt backwards and landed with a tremendous splash in the water. 'Oh well,' said Tom. 'One less letter to deliver. He'll never get out of all that.' 'Wait,' said Esther. Everyone watched the surface of the water anxiously. The crowd gasped when bubbles surfaced and a voice cried, 'One minute.' 'He'll never do it,' said another. 'It's impossible,' said a third. Esther felt as though she could taste the crowd's fear and excitement. 'Two minutes,' yelled an eager timekeeper. 'Look!' shouted a woman. The bag that had been around Clay's head surfaced and floated away, carried by the current. 'He must have drowned,' cried a panicked voice. 'Or been poisoned, jumping into that filthy old river,' said another. 'Someone do something,' yelled a woman. 'Two and half minutes.' 'He's a gonner,' said Tom. 'No, look,' said Esther. This time it was the rope that appeared. 'Three minutes,' yelled a voice. 'Over there, Tom,' said Esther. With every eye watching the spot where he had gone under, no one in the crowd noticed a dripping figure climb up a set of steps on the other side of the jetty.
We use cookies to ensure that we give you the best experience on our website. Click 'OK' to accept or read more about the cookies we use & our privacy policy.OkRead more