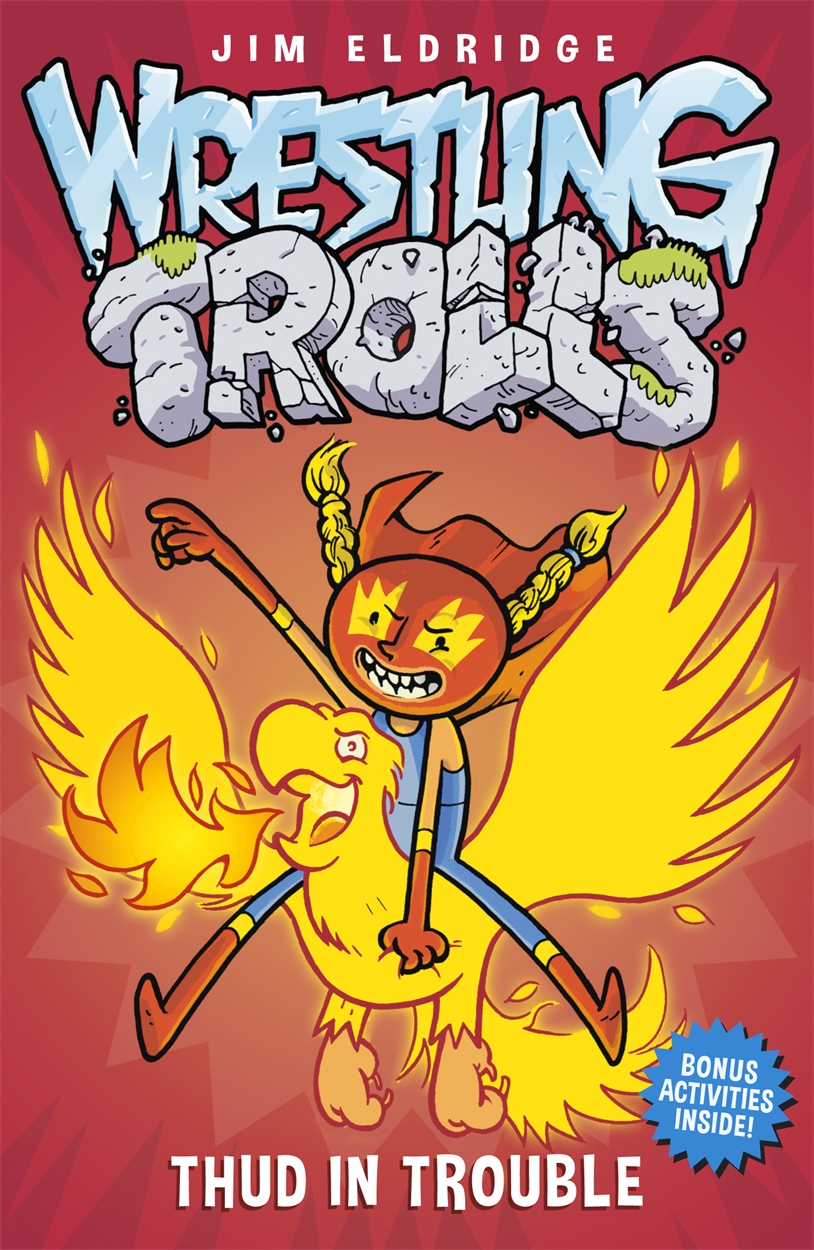 The Wrestling Trolls are BACK, facing nasty bullies and vengeful villains.

Here come the Wrestling Trolls with two great new adventures! Jack, Milo, Robin and Big Rock are back, and they have a new friend with them too – Blaze, the magical phoenix. As usual, the gang are low on money, so they plan to come together as a family and make some dosh by taking on notorious bully Buster Gutt. Unfortunately, Buster is even meaner than they thought, and soon poor Jack finds himself and his alter-ego THUD in some seriously hot water…

In the second story, villainous Lord Veto tries to break up the Waldo’s Wrestling Trolls family. He plants seeds of doubt in Jack, which sets Milo off, and soon Princess Ava is caught in the middle of two very grumpy boys – when they have a wrestling tournament to fight!

The brave Wrestling Trolls troupe must come together for glory once more in this hilarious and heartfelt series.

There was the sound of a key turning in the lock of the connecting door, then it swung open and a guard came into the cell block, with two more behind him, armed with spears and swords. 'Right! You . . .' began the first guard. Then he stopped. He looked around the cell, bafflement on his face. He turned back to Jack and said, 'Where is he? The big troll?' 'He . . . er . . . he's not here,' said Jack. It was a difficult situation. Jack turning into Thud was a secret. They'd all agreed that it would be best to keep it quiet until Jack was able to control his transformations better. The guard looked even more baffled. He walked over to the outside wall, looking up at the high barred window. Then he turned back to Jack again. 'How did he get out?' he asked. Then, even more puzzled, he demanded, 'How did you get in here?' 'He must be a friend of that big troll,' said one of the other guards. 'I bet he snuck in to help him escape, and somehow the troll got out and left this one behind.' 'Is that what happened?' snapped the guard at Jack. 'Are you and that troll friends?' 'Yes,' admitted Jack. 'Right,' said the guard grimly. 'Well, the Judge isn't going to like this! You are in big trouble!'
We use cookies to ensure that we give you the best experience on our website. Click 'OK' to accept or read more about the cookies we use & our privacy policy.OkRead more