Juno Dawson
"Meet Molly Sue. Once she's under your skin there's no getting rid of her..." 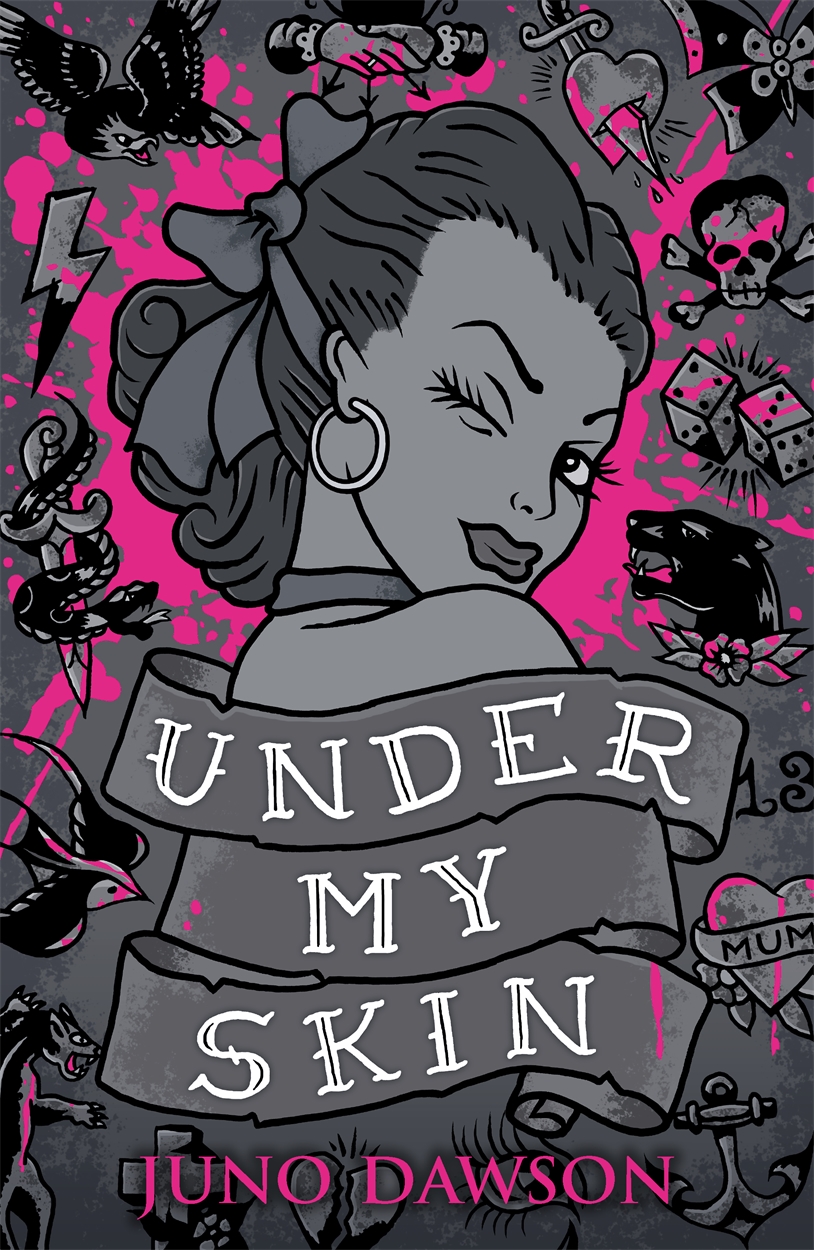 Meet Molly Sue. Once she’s under your skin there’s no getting rid of her…

Seventeen-year-old Sally Feather is not exactly a rebel. Her super-conservative parents and her treatment at the hands of high school bullies means that Sally’s about as shy and retiring as they come – but all that’s about to change. Accidentally ending up in the seedier side of town one day, Sally finds herself mysteriously lured to an almost-hidden tattoo parlour – and once inside, Sally is quickly seduced by its charming owner, Rosita, and her talk of how having a secret tattoo can be as empowering as it is thrilling. Almost before she knows what she is doing, Sally selects sexy pin-up Molly Sue, and has her tattooed on her back – hoping that Molly Sue will inspire her to be as confident and popular as she is in her dreams.

But things quickly take a nightmareish turn. Almost immediately, Sally begins to hear voices in her head – or rather, one voice in particular: Molly Sue’s. And she has no interest in staying quiet and being a good girl – in fact, she’s mighty delighted to have a body to take charge of again. Sally slowly realises that she is unable to control Molly Sue… and before long she’s going to find out the hard way what it truly means to have somebody ‘under your skin’.