How Not to Write a Novel | E Lockhart

I have written 11 novels for young adults, plus a bunch more for other types of humans.  My latest is AGAIN AGAIN. However, I do not really know how these novels happened, because I have made all of the following terrible choices, any one of which can fully derail your novel and send you into a steaming pit of agony and despair.

If you want to write a novel without falling into the steaming pit, I recommend you choose a story that unfolds chronologically; a story in which the question, “And then what happens?” has some sort of coherent answer. Do a bunch of brainstorming about the story and then start at the beginning and write until you reach the end.

After you have written the story, you will still probably have to rewrite it about 15 times — maybe nine for yourself  and then six more for your editor.

But the 15 drafts are totally normal.  Just part of the job. At all costs:

DO NOT write your novel in the form of a list.

Especially not a list of ex-significant others. Yes, Nick Hornby did it very well in High Fidelity,  but he is Nick Hornby.  Are you Nick Hornby?

I thought not, and neither am I.

Thing is, the structure of a list is just fundamentally not the structure of a novel. A list does not build to a climactic point.  A list of exes, even with all kinds of romantic adventures and kissing and misery included, is still nothing but a list.  It’s all extremely awkward and you will have to do a lot of forcing and manipulation to make it work.  AVOID. (See: The Boyfriend List.)

DO NOT write a novel that takes place in multiple universes.

Yes, Kate Atkinson did it very well in Life After Life, but you and I are no more Kate Atkinson than we are Nick Hornby.  I am not saying we are not good writers with stuff to offer!  We are!  We are awesome!  I just feel that Atkinson must have done some kind of serious mental gymnastics training to get her extremely fit before she started writing that book, and we mustn’t compare ourselves to her.

Also,  a novel in multiple universes, especially the kind with scenes that repeat themselves with variations,  is in danger of being very very very boring.  In my case I had to spend, like, an extra eight months redoing every little thing so that it wasn’t. The book turned out pretty fun   —romantic, even — but the process? NOT RECOMMENDED. (See: Again Again.)

DO NOT co-author a novel with friends you just met on the internet.

Sarah Mlynowski, Lauren Myracle and I met in a chat group about novels for teenagers and within two days decided we would write  a book together about three very different girls who go on a road trip that will change their lives. This was a terrible idea. Writing a book together after two days of online chatting is like deciding to get married after same.  Meet in real life! Find out if the person meets their deadlines, can take criticism, shares your sense of humor.

Okay, nothing terrible actually happened when I did this.  It turned out to be incredibly fun and we went on a road trip together and later a book tour.  We shared lipstick and cocktails and secrets. The book is much wilder than anything I would have written on my own.  But still, that was not good decision-making and a uncongenial collaboration will make for a novel that never gets finished.  (See: How to Be Bad.)

DO NOT write your novel backward.

If you do try a backwards novel, let’s say the origin story of a teenage con-artist, and you first write out all the most important things in the story frontwards, and then you flip them — you will quickly see that nothing makes sense to your readers! Nothing!  Backwards is not forwards flipped around. Not at all.  You will  have to rework absolutely everything you wrote. And it will make your brain explode. (See:  Genuine Fraud).

Okay. That’s my advice.  Just avoid these four mistakes. Do the brainstorming, write your first draft, and then the 15 other drafts.  You will not fall into the pit of agony and despair. In fact, every day will be sunshine and roses. I promise. 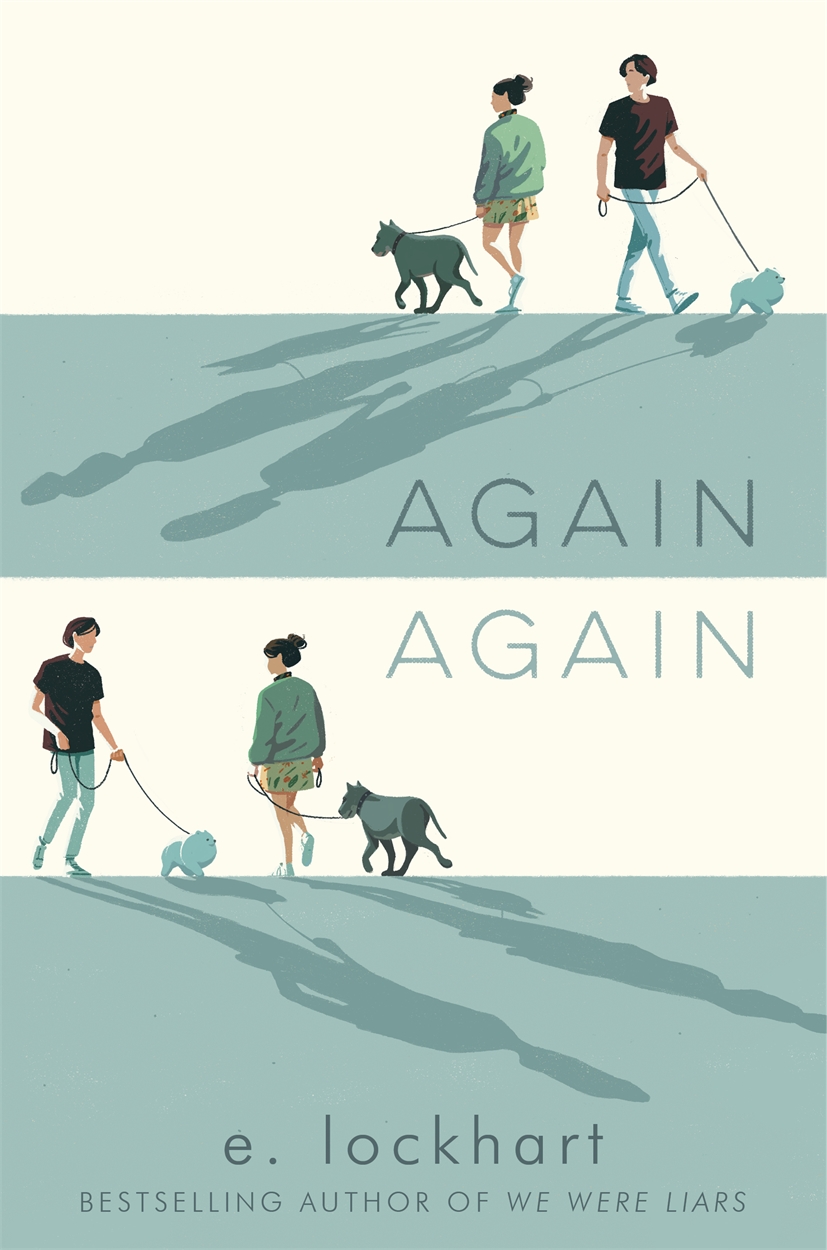 In this novel full of surprises from the New York Times bestselling author of WE WERE LIARS and GENUINE FRAUD, E. Lockhart ups the ante with an inventive and romantic story about human connection, forgiveness, self discovery and possibility.

When Adelaide Buchman’s younger brother succumbs to a drug overdose, she saves his life. In the aftermath, looking for distraction, she becomes a stylish, bright charmer who blows off school and falls madly in love – even though her heart is shattered.

Adelaide is catapulted into a summer of wild possibility, during which she will fall in and out of love a thousand times while finally confronting her brother, their history, and her own strength.

A raw and funny story that will surprise you over and over, Adelaide is an indelible heroine grappling with the terrible and wonderful problem of loving other people.

Prev: Again Again Quiz – What should you be doing this summer? »
Next: Brilliant YA Books by Black Authors »