Win tickets to see Maggot Moon at the Unicorn Theatre…

We are very excited to announce that, in partnership with the Unicorn Theatre, we are giving away four tickets to see their production of Maggot Moon adapted from the CARNEGIE Medal and COSTA Award winning novel by Sally Gardner. 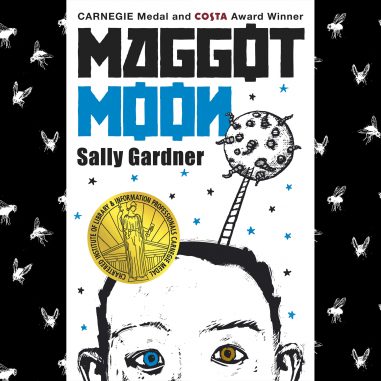 Adapted by Jemma Kennedy and directed by Jesse Jones, the Unicorn Theatre is excited to be bringing Sally Gardner’s dazzlingly original and award-winning dystopian novel Maggot Moon to the stage. Using live drawing, cameras and projection, this world première expresses the world of the book and the extraordinary spirit of its main character, 15-year-old Standish Treadwell.

In a sinister 1950s Britain, dark government forces are at work and spies and surveillance are everywhere. Standish tells us his story as he begins to unravel the dark secrets of the violent and oppressive Motherland and form a plan to try to save his best friend and uncover the truth, no matter what.

This is an utterly gripping and deeply moving story for young audiences about protecting the ones you love, and the courage it takes to do the right thing.

★★★★★ ‘one of the most powerful, most compelling pieces of theatre for audiences of any age this year’ Reviews Hub
★★★★★ ‘Maggot Moon’s message – of the power of hope, friendship, love, and standing up for what is right – is universal but feels particularly relevant in today’s turbulent times.’ The Stage
★★★★ ‘this brave creation should certainly be applauded for not pulling any punches, and sensitively delivering some hard-hitting theatre, to all too often patronised young audiences.’ Londonist
All you need to do to have a chance of winning a pair of tickets is to retweet and like our Maggot Moon Giveaway post on twitter. The competition closes 23.59 on October 20th and tickets will be available to redeem at any performance 22-27 October.  Terms and Conditions apply!

Prev: Into the Crooked Place Pre-order »
Next: Halloween Giveaway 2019 »