Nicholas Fisk
"A re-issue of this forgotten favourite introduced by Malorie Blackman, Grinny will chill you to the core..."

A re-issue of this forgotten favourite introduced by Malorie Blackman, Grinny will chill you to the core…

This book is based on my diary and other writings of the Aunt Emma period. Later on, it all turned sour and I used to be almost frightened of the diary and writing the next page. Everything I had written seemed to add up to something horrible. The more I wrote, the more certain it seemed that the horror was true and would get worse. I did not keep a diary any more.

Tim's diary charts the arrival of his mysterious Great Aunt Emma, an old lady who appears grinning on his doorstep and decides to stay. Nicknamed 'Grinny' for her constant eerie smile and mindless chatter, at first their aunt seems to be strange but harmless. But when Tim and his sister Beth make a horrifying discovery about their visitor, they realise that the safety of the entire planet is in jeopardy, and the silent invasion has already started.

First published in 1973, GRINNY is a forgotten favourite, brought back to life by Hot Key Books and introduced by Malorie Blackman. A classic sci-fi story filled with suspense, danger and adventure, this is a special bind up-edition including both the original story, and the powerful sequel that continues Tim and Beth's encounter with Grinny in YOU REMEMBER ME! Grinny is a character whose sinister malevolence will continue to terrify readers, both old and new! 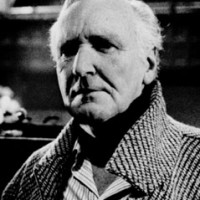 Nicholas Fisk was born in London in 1923. Before becoming a full-time author, Nicholas served in the Royal Air Force during World War II, then found work initially as an actor, cartoonist, and jazz musician before becoming an advertising copywriter, illustrator, photographer and writer. He has written more than fifty books, most of which are Science Fiction for older children. Nicholas' book MONSTER MAKER was made into a TV film for The Jim Henson Hour in 1989.

Nicholas' starting point for a story is an IF... IF we had a domestic robot, IF we could talk to animals, IF we could move back and forth in time. On such premises he places people - recognisable people living ordinary lives - until the IF explodes.

Nicholas retired as an author in 1998 and lives in Hertfordshire.