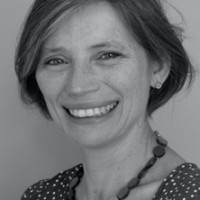 Lydia Syson is a fifth-generation North Londoner who now lives south of the river with her partner and four children. After an early career as a BBC World Service Radio producer, she turned from the spoken to the written word, and developed an enduring obsession with history. Her PhD about poets, explorers and Timbuktu was followed by a biography of Britain's first fertility guru, DOCTOR OF LOVE: JAMES GRAHAM AND HIS CELESTIAL BED, and then two YA novels for Hot Key Books set in the Spanish Civil War (A WORLD BETWEEN US) and World War Two (THAT BURNING SUMMER). LIBERTY'S FIRE is the third of her novels to be inspired, very loosely, by family history: Lydia's anarchist great-great-grandmother moved in Communard circles in late 19th century London. Read more about Lydia and her books at www.lydiasyson.com or on Twitter: @lydiasyson