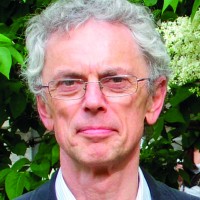 Alex Shearer was born in Wick, in the far North of Scotland. He has written several TV series, stage plays, radio plays and comedy scripts. Moving into writing for children, his novels BOOTLEG and THE GREATEST STORE IN THE WORLD were adapted for television by the BBC, and his 2003 novel THE SPEED OF THE DARK was shortlisted for the Guardian Children's Fiction Prize. He has previously published THE CLOUD HUNTERS, SKY RUN and THE MINISTRY OF GHOSTS with Hot Key Books. Alex lives in Somerset and is married with two grown-up children.