I’ve always had an interest in mythology, but I only really discovered the Norse gods when I did a tarot course with Maddy Elruna.

I’m fascinated by the tarot and love the layers of symbolism depicted in the cards. Much the same way that mythic stories explore archetypal roles and themes central to the human experience, tarot speaks of the ‘big things’ – birth, death, love, betrayal, and yet it can also be incredibly nuanced thanks to the way the cards fall in a spread.

As well as being a gifted tarot reader, Maddy is a shaman who follows a Norse path. As she was explaining the meaning of the cards, she told stories of the Norse gods and there was one in particular which captured my imagination – The Hanged Man. 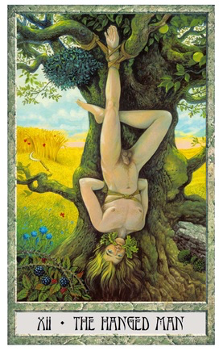 Maddy explained how the card is associated with Odin, the Allfather, who hung himself from the world tree Yggdrasil. Odin is the god of many things, including poetry, wisdom and magic. In his wanderer’s guise, he traverses the nine worlds, seeking out knowledge – and even plucked out an eye to drink from Mimir’s well of wisdom.

One day, Odin knocked upon the door of the Norns, wanting to learn the secrets of fate. Older and more powerful than the gods, these are the three women who weave destiny in the great tree Yggdrasil. When the Norns wouldn’t give him the answers he sought, Odin hung himself from the tree for nine days and nights. He was nearing the point of death when he at last saw the runes bubble up in the well beneath him.

As a writer, I wondered what if there was more to the story – what if a woman helped Odin after he cut himself down from the tree and they started a new family line together. What would their modern-day descendent be like and what kind of powers might she have? It was this thought which led to the character of Martha and the story of The Twisted Tree.

For the sequel, I wanted Martha to learn more about the gods and their stories, and to meet someone special – Loki, the infamous trickster.

I had already decided to set the story in the circus where Stig’s ex Nina died, and came up with the idea of a circus company who base their performances on Norse mythology. This allowed me to introduce the reader to a host of new gods and write a ‘play within a play,’ so that the themes and ideas brought to life in the performances are mirrored in the plot.

For this book, I focused on the myth of the giant wolf, Fenrir. One of Loki’s three ‘monstrous’ children, Fenrir poses a terrible threat to the gods. When the Norns predict that Odin will be devoured by the wolf at Ragnarok, he takes Fenrir from his mother and decides to raise him in Asgard under the watchful eye of the gods.

The wolf grows incredibly quickly and soon becomes frighteningly powerful. The gods realise they need to restrain him and so trick him into wearing an unbreakable chain. However, Fenrir is not easily tricked and insists that Tyr, the god of truth and justice, put his arm in his mouth as they lay the chain on him. As a result, Tyr loses his hand.

For me, the theme of The Twisted Tree is duality and learning to accept the good and bad in ourselves – the parts we like and those we don’t. When Martha looks in the mirror, she covers up half of her face and sees a monster on one side and a pretty girl on the other.

Meeting the goddess Hel helps her to realise she can choose her own story. Hel was cast down to the underworld for being too loathsome to look upon (half of her body is living and the other is a skeleton), but she didn’t weep and wail. She self-styled herself as Queen of the Dead and earned the respect of the gods. By the end of The Twisted Tree, Martha comes to accept her appearance. When she looks in the mirror, she sees ‘a pretty girl smile back.’ She becomes whole.

Much of the plot and the front cover artwork plays on this theme of duality – black and white, night and day, the living and the dead, etc. Where it’s set, The Lofoten Islands, is dark for half the year and light for the other half. Martha has never visited the island in winter before, but ‘a life cannot be made up of summers’ as Mormor rightly says.

In the sequel, Martha matures further and learns that life is complicated. Not everything is black and white – people are rarely good or bad, and neither are the gods.

Martha’s gift is a big part of who she is, and I felt it was important to show this maturity in the way she uses it. Before, she would touch clothing looking for the answers she expected to find, but now she learns to empty her mind of pre-conceived notions and let the cloth show her its truth. With Odin’s help, she uses her gift to look behind the mask and discern truth from lies. Something she’ll need if she’s to defeat the ultimate trickster, Loki. 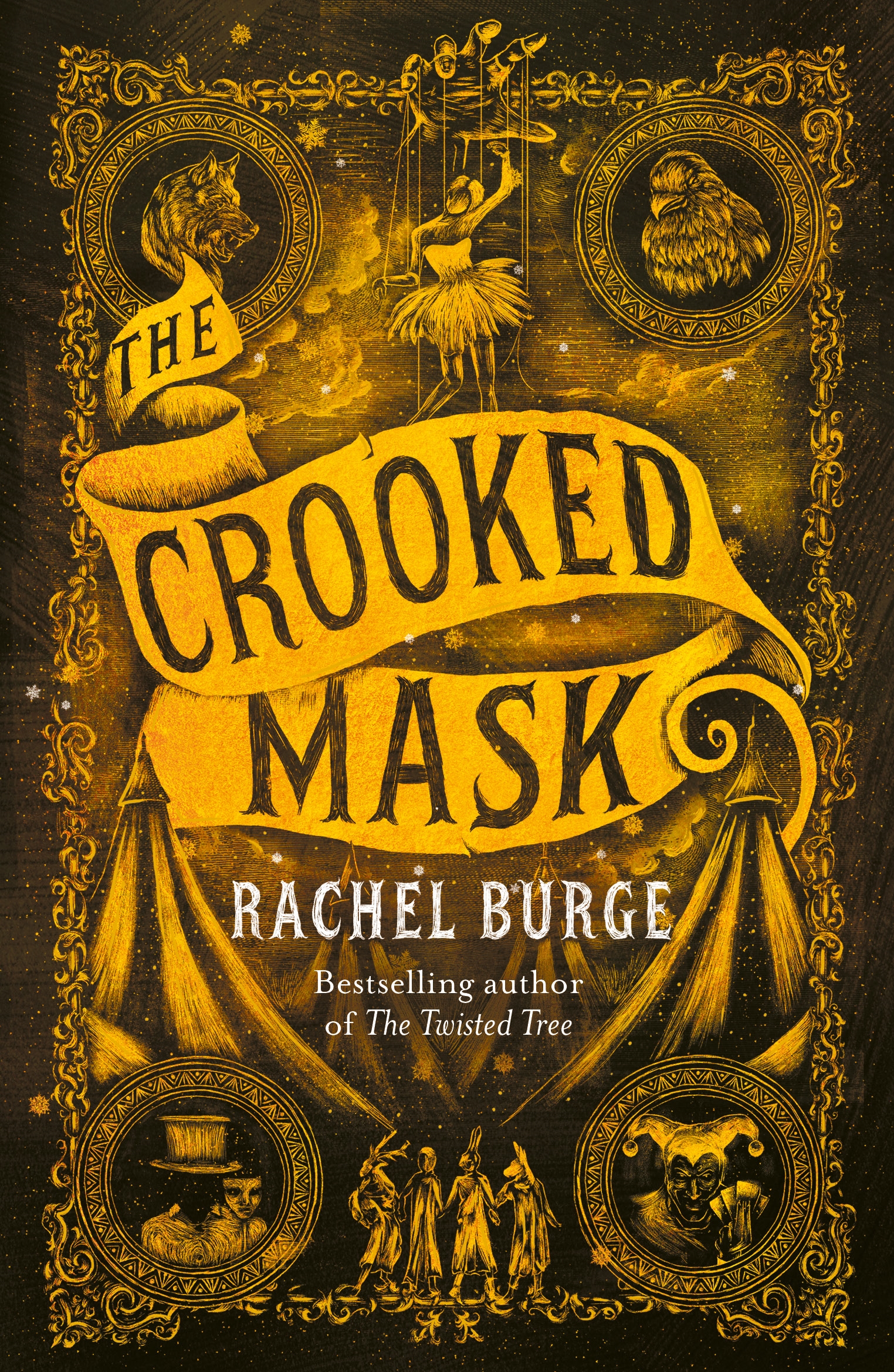 Welcome to the Circus of Myth & Mayhem – where performers re-enact tales of the Norse gods wearing masks which mysteriously change expression, the creepy jester isn’t quite human, and the big top is full of the dead.
Martha arrives at the circus, deep in the forests of Northern Norway, determined to learn how Nina died. Did she fall from the trapeze as Stig said, or was there more to her ‘accident?’
Drawn into a dangerous game of the gods, Martha must look behind the mask and see the truth . . . before it’s too late.

Following the events of The Twisted Tree, The Crooked Mask continues the story of Martha and Stig as she comes to terms with her magical inheritance.

Rachel Burge works as a freelance feature writer and has written for a variety of websites, including BBC Worldwide, Cosmo, and MTV. She lives in East Sussex with her partner, son, and black Labrador Biff. She is fascinated by Norse myth and swears she once saw a ghost.She is on Twitter (@RachelABurge), Facebook (RachelBurge) and Instagram (rachelburgewriter) and Pinterest (burge0709) Her website is rachelburge.co.uk

Prev: Quiz: How Much Do You Know About Norse Mythology? »
Next: Quiz: Which A Crown of Talons Bird Family Do You Belong In? »