Rachel Burge is one of our newest authors with her incredibly spooky book ‘The Twisted Tree’ coming out on 10th January next year. To get us in the Halloween spirit, she reveals her top five scary movies!

The Shining is one of my all-time favourite movies and scares me every time I watch it.

Stephen King was inspired to write the book after staying at The Stanley Hotel in Colorado (which then became the Overlook). Back in 1974, the author, along with his wife and three-year-old son, were travelling through the area when heavy snowfall forced them to stay at The Stanley, said to be America’s most haunted hotel.

It was the last night before the winter shut down and King had several spooky experiences there, including a nightmare about his son being ‘chased by a fire-hose’.

I have stayed at The Stanley on holiday and had an unnerving experience there myself. My boyfriend had gone out to get a takeaway (long story, but I had stupidly got lost on a mountain earlier that day and was pretty shaken up). When I woke from a nap, the bedside lamp was flickering. I turned it off and put on the TV – to find The Shining playing. It was the bit I find the scariest, where Wendy discovers what Jack has been ‘working on’ – reams and reams of paper with the words, ‘all work and no play makes Jack a dull boy’.

I turned off the TV and sat in the dark, feeling a little freaked out – and was relieved when my boyfriend came back and laughingly pointed out that the hotel shows the movie on a loop.

Though I can’t claim to have experienced anything more frightening during my stay, there is something about The Shining that delights and terrifies me in equal measure.

When I decided to write a ghost story, I knew I had to set it somewhere snowy where the nearest help is miles away… if you can make it there alive.

The Wicker Man: Another story where the main character is cut off from ‘normal’ civilisation and is at the mercy of other’s madness. The ending is truly chilling.

The Birds: I visited Bodega Bay and the school on the hill where Hitchcock’s movie was filmed. I’ve always had a thing about crows, and this movie (perversely) makes me love them even more. The Twisted Tree includes a scene with a flock of vicious ravens, which was in part inspired by The Birds.

The Others: For me, the best ghost stories are hugely atmospheric, build the tension slowly, and keep you guessing until the end.

The Sixth Sense: One of the best movie twists ever. Genuinely scary, it’s also full of heart and had me in tears. I like how the dead just want help, giving the film a sense of hope at the end.

Find out more about The Twisted Tree or download the eBook which is out now here: https://amzn.to/2Ogn6jc 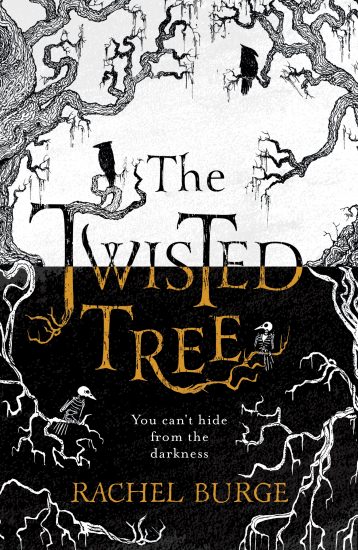 Prev: What do YOU think of Hot Key Books? »
Next: Carnegie Medal Nominations! »